A Charles City man has been sentenced to an active term of one year behind bars in connection with an attack on his brother. Calvin Barnes, 45, of 6020 Adkins Road, entered an Alford plea of guilty on June 6 in Charles City Circuit Court to one count of unlawful wounding stemming from an incident last Feb. 12 involving his brother, Jarvis Barnes. Under an Alford plea, a defendant does not admit guilt but stipulates evidence in the matter would be sufficient for a conviction. In a summary of evidence, prosecutor Rob Tyler told the court the Barnes brothers were…
Read Full Story


Charles City residents in the Parrish Hill area of the county have concerns about the path the soon to be built Virginia Capital Trails bicycle route is slated to take through the courthouse area. The project parallels Route 5 from Richmond to Williamsburg and is being built in stages. The Charles City Courthouse stage is slated for completion sometime in the next two years. Close to 40 residents, mostly members of Parrish Hill Baptist Church, met June 4 with Virginia Department of Transportation officials at the church on Route 5. Of concern is the church itself, particularly access to its…
Read Full Story


A rewritten section of New Kent’s zoning ordinance is not drawing rave reviews from some county businessmen and landowners who are not shy about leveling criticism. Just over 30 people sat in the dark, literally, after a thunderstorm short-circuited power in the county administration building, only moments before Monday night’s Planning Commission meeting was called to order. On the agenda, a public hearing on the section that features three new proposed zoning districts along with lot requirements, land use definitions, a table of uses, and an amended zoning map of the county. Of the 11 people who spoke, most fired…
Read Full Story


The 7-Eleven convenience store on Route 33 in Eltham in New Kent County took on the appearance of an open-air market after a driver plowed his car into the store’s front door, causing damage that could run into the thousands of dollars. The incident occurred shortly before 10 p.m. on June 6 when a Scion sedan, driven by Derek Mathis, 55, of Williamsburg, jumped the sidewalk curb in front of the store and crashed into the front door, taking out both of the double doors along with a large storefront window. Another window to the left of the doors sustained…
Read Full Story


Despite urging from some residents to toss out the county’s recent real estate reassessment and new tax rate that followed, New Kent’s Board of Supervisors passed by a 4-1 vote a $54.5 million ($73.4 million when public utilities are factored in) budget for 2008-09. The action came during the board’s June 9 meeting. District 5 Supervisor Ray Davis cast the lone dissenting vote, saying he could not support the budget since the figure is based on the reassessment. Less than two weeks earlier during a public hearing on the budget, Davis motioned to throw out reassessment results, drawing applause from…
Read Full Story

CC grads toast of the county


Moments before graduation ceremonies at Charles City High School commenced last Friday, a group of seniors proposed a toast, raising glasses filled with non-alcoholic sparkling red grape juice to honor the Class of 2008’s success. That spirit of celebration carried over into the school’s packed gymnasium where boisterous parents and relatives cheered as the graduates marched in to the tune of “Pomp and Circumstance” played by the school’s band. Valedictorian Ashli Brown and salutatorian Zachary Adkins reminisced during their respective addresses to the overflow crowd about the exploits of the 61-member class during their senior year. “We put on quite…
Read Full Story


A New Kent circuit court judge has thrown out evidence seized by sheriff’s personnel in the case of a county man charged with 30 counts of child pornography possession. Following a June 10 hearing, Judge Thomas B. Hoover agreed to a defense motion to suppress evidence, including computers, compact discs, VHS tapes, and film, confiscated by deputies during a Dec. 5, 2005 search of Michael J. Conyngham’s home. Hoover agreed with an argument advanced by Conyngham’s attorney, Charles A. Gavin, that authorities lacked probable cause in executing a search warrant at the defendant’s home. The judge ruled authorities acted on…
Read Full Story


Graduates who comprise New Kent High School’s Class of 2008 are equipped to meet the challenges of the world — and rising gasoline prices. Economic woes and a bit of politics intermingled speakers’ comments as the 187-member class, including 60 honor graduates, said farewell to high school during June 7 graduation exercises inside VCU’s Siegel Center in Richmond. But even with gasoline prices on the verge of eclipsing $4 per gallon, it’s unlikely any of the $1,289,000 class members received in scholarships and grants will go toward filling up. Most is targeted for higher education and the resulting top paying…
Read Full Story


fter surviving a closely contested Bay Rivers District softball tournament, New Kent’s Lady Trojans needed a bit of a break. And relief appeared in the guise of Park View’s Dragons in the quarterfinal round of the Region I tourney. The hosts pounded Dragon pitching for 11 hits on the way to a 12-1 win in the May 26 affair. New Kent scored twice in the first inning and piled on six more in the second to decide the issue in the early going. “This was a confidence builder for us,” New Kent coach Betsey Lane said after her team easily…
Read Full Story 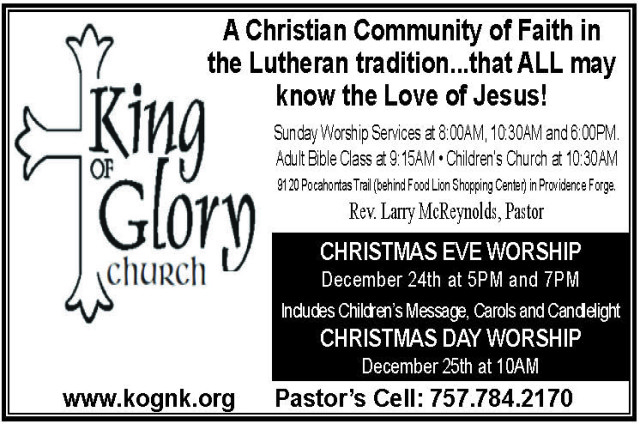