In August, Charles City’s Board of Supervisors held a special meeting to weigh the pros and cons of bike races within county borders. After that meeting, a directive was given to develop an ordinance to address that issue. After Tuesday night’s board meeting, it will be at least an additional month before something is presented to county leaders. Displeased with the language in the proposed ordinance, District 2 and Board Chairman Bill Coada issued a directive to Sands Anderson, the county’s law firm, to reword the ordinance and present a specific ordinance geared to bike races. The August meeting presented…
Read Full Story With plans to continue to attract tourists to the county, Charles City County supervisors approved a project concept as part of its plan for economic growth during Tuesday night’s regular board meeting. County leaders voted 3-0 to begin the process to develop Market 5 at the southeast intersection of Route 5 (John Tyler Memorial Highway) and Route 155 (Courthouse Road). Market 5 is the first step in the county’s goal to form the Charles City Courthouse Village. According to County Administrator Michelle Johnson, it is also the first of its kind in the Commonwealth of Virginia to be developed. Market…
Read Full Story


A Newport News man who eluding police last May in New Kent County will spend six months in jail after receiving formal sentencing Monday morning. Tracy Bunting Jr., 32, of the 400 block of North Trellis Court, learned his disposition as part of proceedings in New Kent Circuit Court. During a June 13 trial, Bunting entered into an agreement and pled guilty to one count of felony eluding of police. During his trial, evidence showed that on May 11, a Virginia State Trooper noticed a motorcycle traveling at a high rate of speed on Route 106 (Emmaus Church Road) before…
Read Full Story


The old saying is that taking something that doesn’t belong to you is like stealing candy from a baby. But for one Quinton resident, he literally stole money from a child’s piggy bank and admitted to it in Monday proceedings in New Kent Circuit Court. Robert Earl Curlis Jr., 34, entered a guilty plea to misdemeanor petty larceny as part of an agreement reached in the morning trial. One charge of breaking and entering was dropped as part of the agreement. In a summary of evidence, Michele and Ashley Doggett contacted the police about missing money that was taken on…
Read Full Story


A Hampton man will spend a month in jail after being found guilty of eluding a state trooper following Monday afternoon proceedings in New Kent Circuit Court. Sean Douglas Clem, 32, of the 600 block of Teach Street, was convicted of the offense following a contested trial. One charge each of misdemeanor reckless driving and misdemeanor driving without the proper licensure credentials were dropped prior to trial. On June 7, Virginia State Trooper James Shaw was sitting in the median at the 205-mile marker in New Kent County, monitoring westbound traffic. Shaw noticed a motorcycle traveling eastbound at a high…
Read Full Story

Williamsburg Police Department is attempting to find a New Kent man who allegedly attempted to film a woman by placing his cellphone between her legs. Misdemeanor warrants have been issued against Richard Lee Gibson, 59, on one count each of unlawfully creating an image of another and possession of obscene items. The warrants say the offenses occurred on Sept. 30 at the 5000 block of Richmond Road in Williamsburg. Police are currently searching for the suspect, who is described as a 6’0” tall, 200-pound white male with blue eyes and black hair. If you have any information on Gibson’s whereabouts,…
Read Full Story


A Charles City man who had shotgun shells in his home illegally after being identified as a convicted felon has been found guilty on the offense. Daniel David Collins, 49, of the 5000 block of Old Union Road, received the verdict after Friday morning’s contest trial. On Jan. 4, former Charles City Sheriff’s Office Deputy Norman Gray responded to a call for service of a possible domestic dispute. Upon arriving at the residence of the defendant, it was Collins who requested assistance, stating that he was in a situation with a family member and didn’t know how to happen it….
Read Full Story


A Williamsburg man and woman have died as the result of injuries sustained in a Sept. 30 crash in New Kent County. According to a Virginia State Police report, on Sept. 30 at 5:28 p.m., officers responded to a single-vehicle crash on Farmers Drive just east of Polish Town Road. According to a preliminary investigation, a 2008 Buick Lucerne was traveling eastbound on Farmers Drive when it ran off the right side of the road, up an embankment, and struck a tree. The driver, Malinda M. Griffin, 70, of Williamsburg, died at the scene. She was wearing a seatbelt. The…
Read Full Story


A crash during the early morning hours in Henrico County on Friday, Oct. 7, has claimed the life of a New Kent man. Virginia State Police responded to a single-vehicle accident on Interstate 295 northbound at Exit 25 (Route 895). According to the report, a 2015 Audi was traveling northbound when it ran off the road, struck the guardrail, continued off the road and came to rest in the trees. The driver, identified at Joseph D. Dotson, 31, died at the scene. He was not wearing a seatbelt. The crash remains under investigation.


The Virginia State Police are investing a single-vehicle crash in New Kent that resulted in the death of a teenager. According to the report, at 6:58 p.m. on Oct. 4, a 2004 Honda Accord was traveling along Courthouse Road near the 4400 block when it ran off the right side of the road and overcorrected. The Honda then spun around, ran off the right side of the road again, and struck a tree. A 17-year-old male passenger was transported to VCU Health Emergency Center in New Kent County where he succumbed to his injuries. The driver, a 17-year-old male from…
Read Full Story 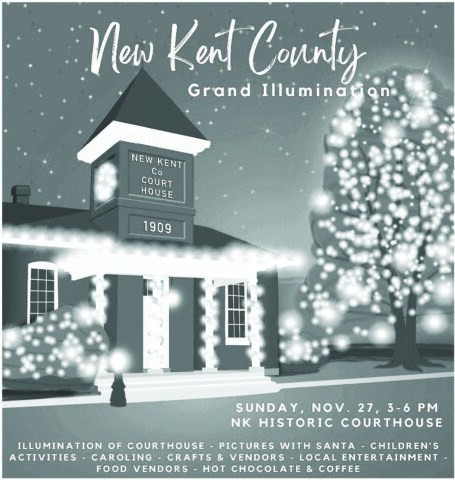